Kica's interest in J-Pop started when an online friend with a mutual interest in the anime Shugo Chara! showed her "Natsu Dakara!" by Buono!.

In late 2015 and early 2016, a friend from college began showing her K-Pop music videos by various Korean pop idols. Several songs, particularly GOT7's "Just Right", caught her interest. Another friend showed her anime series such as Shin Sekai Yori, Shigatsu wa Kimi no Uso, and Chuunibyou demo Koi ga Shitai. Around this time, she changed her FanFiction username from WinnieCocoaFlip to PeachysGotIt24.

In May and June 2016, following the release of BgA's "Dong Saya Dae" and Jun Sung Ahn's cover of BTS's "Fire", she began taking a genuine interest in K-Pop, starting with BTS. Other idol groups that would catch her attention around this time included TWICE, Red Velvet, BTOB, DAY6, GFRIEND, and VIXX, among others.

On September 11, she became a user of Archive of Our Own. Around this time she became inactive on her FanFiction account.

On September 15 and 18, she posted a fan-made Close-Up Edit and Without Karin Edit of Morning Musume's Yuugure wa Ameagari onto her YouTube channel WinnieCocoaFlip. Following this, she became active on her YouTube account once more.

On December 25, she began becoming less active on her YouTube account, but still posts videos on occasion. That same year, she changed her FanFiction username from PeachysGotIt24 to Peachygotit.

On February 15, she joined the UP-FRONT GROUP Wiki.

In May, around the time of the 2018 DREAM CONCERT, the release of SEVENTEEN's "CALL CALL CALL!" music video, and the release of BTS's Love Yourself: Tear album, she began losing interest in BTS as a group, but became a SEVENTEEN fan after finally getting enough interest in the group to look into them more beyond their music and what little she knew of the group beforehand.

Also in May, she watched NCT Life in Osaka, and though the NCT members caught her attention, she did not gain much interest in their style of music.

ON September 11, she joined the NICE GIRL Project! Wiki.

On October 6, she changed her YouTube username from WinnieCocoaFlip to PandaRikako following the release of the Tade Kuu Mushi mo Like it! music video. Around this time, she gradually became active on the Hello! Project Wiki once more.

In December, around the release of SEVENTEEN's Getting Closer music video, and OH MY GIRL's Remember Me (Japanese Ver.), she began taking a casual interest in OH MY GIRL's music beyond just CLOSER, which she discovered a year prior. She gradually got more interested in them until she became a fan in May 2021 with the release of Dun Dun Dance.

This year, following Tumblr's change in policy in December 2018, she became inactive on her Tumblr account and all of its side blogs.

In January, around the time of the release of GFRIEND's Sunrise, she first listened to some of the songs off of ASTRO's All Light album. A year later, in January 2020, ASTRO's ballad songs caught her attention, and she got many of them on iTunes.

On August 2, she made a side account to edit on the Hello! Project Wiki on other devices.

On October 9, she became an admin of the Hello! Project Wiki.

On May 6, she joined the Hello! Project Lyrics Wiki, and became an admin of the wiki soon after to contribute her color-codings to the site.

In July, around the time that SEVENTEEN released Heng:garae, she became a fan of the K-Pop boy group VICTON after finding various shows on YouTube starring them. On July 12, she created a discord account with the username Peachygotit#1630.

On September 30, she became an admin of the UP-FRONT GROUP Wiki.

On May 10, she was promoted to bureaucrat of the Hello! Project Lyrics Wiki.

On August 28, she changed her wiki fandom username from Peachygotit-Kica to Peachygotit.

On September 17, she turned her side account into a bot account to make mass edits on the Hello! Project Wiki.

On September 26, she created a webs account and her nickname Kica.

On November 24, Kica opened her blog, peachygotit24, and her webs site became inactive.

In June, Kica discovered Buono! after finding the MV of Our Songs on YouTube. Kica also discovered Berryz Koubou and ℃-ute after finding the MVs of Maji Bomber!! and Kiss me Aishiteru. Learning their names, except Buono! members and Sugaya Risako, proved to be difficult. She also, however, didn't become interested in ℃-ute until she would later catch FOREVER LOVE at the end of Yorosen!.

In July, Kica proceeded to discover ZYX and Aa!, as well as watch the music videos for Guardians 4 and Shugo Chara Egg! songs. She also successfully learned the names of the members of Berryz Koubou and ℃-ute.

In October, Kica ran into S/mileage's Suki-chan and Uchouten LOVE on YouTube. She, however, did not learn more about the group until November when she heard of Maeda Yuuka's graduation from the group.

On October 22, Kica came across Yorosen! on YouTube and watched every ℃-ute and Berryz Koubou episode. It was at this time that she discovered Mano Erina and her song Otome no Inori.

On November 12, Kica joined the Hello! Project Wiki, she also joined the Shugo Chara Wiki after renaming the page about the third season.

On December 27, Kica listened to Tsukishima Kirari starring Kusumi Koharu (Morning Musume)'s Balalaika, and more S/mileage songs. She also started to listen to other Morning Musume songs, learn more about the group, and attempt to learn the names of the more recent members.

In June, Kica changed her FanFiction username from Peachygotit-Kica to WinnieCocoaFlip. In the same month, she also started to watch a few episodes of Hello! Morning.

In July, Kica listened to the songs by Kikkawa Yuu and Kitahara Sayaka. She also watched some Haromoni@ episodes. On July 13, she first edited on the AKB48 Wiki

On July 18, she started to listen to Minimoni songs (she had already seen CRAZY ABOUT YOU), and watched their Minimoni the Movie Okashi na Daibouken!. Three days later, she created her Twitter account.

On July 23, Kica finished watching the Mechaike Bakajo Kimatsu Test and Mechaike Okajo Taiikusai in which the "idiot girl" and "crap girl" of Mornng Musume were crowned. She also watched Lets Talk About 10 CLIPS, a battle between the 2000 shuffle groups in Hawaii, and the Charmy Ishikawa Graduation Special.

On August 23, she watched Ousama Game a movie that featured the Hello! Project Kids.

On September 12, Kica listened to four songs by THE Possible starting with Nanja Korya?!.

On September 24, Kica watched Shugo Chara! The Musical The Musical featuring members of Shugo Chara Egg! and Tamura Meimi as some of the actors. Two days later, she saw a video of AKB48 performing for the first time (aside from Sashihara Rino's performance featuring Buono! and other performers), a performance of KoiING by Kojima Haruna and Kashiwagi Yuki.

On October 3, she watched My School March, Oha Girl Maple and S/mileage's single. Three days later, she listened to Up Up Girls (Kakko Kari) songs, End Of The Season and Uppercut!.

On November 20, Kica watched the Gachi☆Kira event featuring the 9th and 10th Generation of Morning Musume, and the 2nd Generation of S/mileage.

On May 28, 2013, Kica went on a permanent break, but was still active on Twitter, YouTube, and her blog.

Up Up Girls (Kakko Kari) 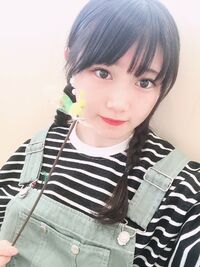 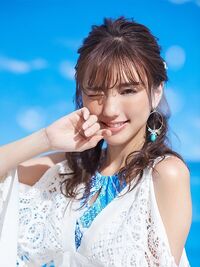 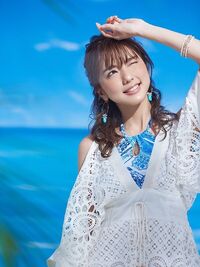 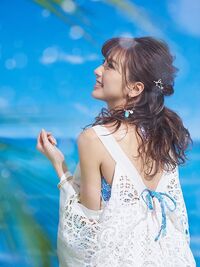 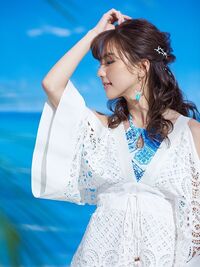 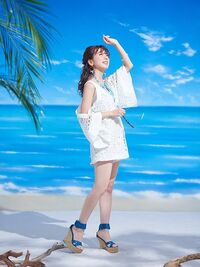 Ranked #4
on this wiki