I found about H!P around 2013 in a music forum that had a J-pop section when I heard Morning Musume's "Brainstorming", but I really got into H!P a little later in 2014 when I heard Juice=Juice's "Hadaka no Hadaka no Hadaka no KISS" while watching Count Down TV (CDTV) when I was searching for new artists to listen (in that same show I found out about 9nine). I was more of a casual listener until I got into ℃-ute and Berryz Koubou (a tad late because they went on indefinite hiatus some months later), when I became a H!P fan, and became a hardcore H!P fan when I started to love all active acts of that time. Although loving all acts now, I have some deeper love for Juice=Juice since I saw them live during their Juice=Juice LIVE AROUND 2017 ~World Tour~ (them also being my first concert that I attended) and for Tsubaki Factory, that was the first H!P group that I followed since their formation/indie phase. Nowadays, H!P is my musical pride.

As for the girls, Niigaki Risa was the first member that got my attention while I was getting into the groups. While I was getting into the other groups, my heart divided into many of them but mainly for Nakanishi Kana, who was my oshi/ultimate bias until she graduated, Suzuki Airi, Sugaya Risako, Wada Ayaka, Shimizu Saki, Yajima Maimi, Miyazaki Yuka, Ogata Risa, and now my current oshi Dambara Ruru (one of my favorite vocalist of H!P, along with Airi and Takagi Sayuki).

I've been a J-pop listener since 2005/2006 when I heard Koda Kumi's song "That Ain't Cool". For a period of time (that I can't tell very well the exact timing) I usually used to listen only the avex divas frequently (Kumi, Amuro Namie and Hamasaki Ayumi, but mainly Namie), but after I started to listen to Happiness and E-girls I decided to open myself for other artists, groups and other musical genres, and since then I tend to listen more to idols.

Before going into to J-idols world, I was more of a K-pop listener when I was a hardcore fan of KARA and Rainbow. I still listen to K-pop nowadays but not with same frequency as I used to listen during my prime as a K-poppy.

I've been a wiki editor since around 2009-2010ish when I used to create discography related pages for KARA and Rainbow on the English Wikipedia. During some time Wikipedia was getting more strict about creating pages, adding images, etc, and then I started to edit on Generasia, since there is less strict about those things. In 2015, I found about this wiki (when it was Wikia) and thought about making one for E-girls too since there wasn't one for them yet, and since then I'm part of the ✨ FANDOM world ✨. 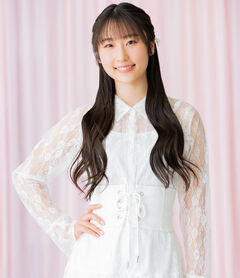