Sheki-Dol (シェキドル) was a Hello! Project idol group active from 2000 to 2002. The group formed in July of 2000 with members Kitagami Ami and Oki Ibuki. The two had participated in the 4th Morning Musume & Heike Michiyo Protegee Auditions. In 2001, Suenaga Mami joined the group. Later that year, Oki Ibuki left the group and Arai Saki replaced her. The group disbanded in 2002 as Suenaga needed medical care. 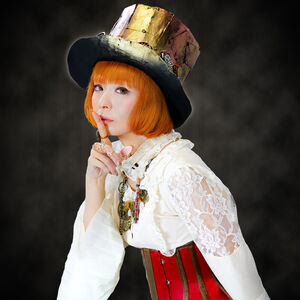 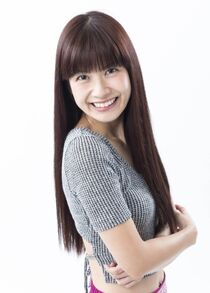 On May 17, the 4th Morning Musume & Heike Michiyo Protegee Auditions (one of the many auditions sporadically held by Tsunku and UP-FRONT AGENCY after the success of Morning Musume) would spawn Matsuura Aya as the winner (who went on to have a solo career). Oki Ibuki and Kitagami Ami had pariticipated in the same audiiton. They would go ahead and form the group Sheki-Dol.

Tsunku described Sheki-Dol’s music as rock and hard-core rock music after recording their first song. Their music was rougher than the bubblegum pop typical in Hello! Project that Tsunku had been famous for, but their music was still considered pop.

In the summer, they made their stage debut in the Hello! Project summer concerts. They sang the then unreleased song Kokoro no Pheromone at Hello! Project 2000 ~Atsumare! Summer Party~.

They also had their own corner (column) as a duo, called Shocking Orange Pink (ショッキングオレンジピンク).

In November, they released their first indies single on the Spree Record label titled Kokoro no Pheromone, a rock song with a medium tempo and easy-going, laid-back vocals. The song was used as the ending theme to the TV show Sanma no Super Karakuri TV. Sheki-Dol also started their own radio program (which ran until their disbandedment) called Funky, Monkey, Sheki. It aired once a week (Fridays, then later Wednesdays) at 3:30 AM on Bay FM.

In February, Sheki-Dol was part of the Hello! Project 2001 Sugoi zo! 21seiki concerts held in Osaka and Nagoya. They also became regulars at a radio show called FM-Fuji Pop Jelly Beans, which started airing in January of 2001.

In February, they got their own corner with Sheki-Dol's☆Dream Walker (シェキドルのドリーム☆ウォーカー) in Chiba Walker, regulars every other tuesday.

In March, Suenaga Mami joined Sheki-Dol as a new member. She first met the exciting duo on an episode of Idol wo Sagase on March 20, 2001. Suenaga was added to the group as Kitagami and Ooki had expressed a wish to power up. When asked in an interview about what it was like to join a duo that already had already been working together, Suenaga said: "We broke the ice in a matter of a few seconds", and Ibuki added: "It has been only a few months since Mami joined us, but I feel like she’s been a part of us all along because she fits in so well. Many people tell us she is a perfect addition to our group."

Sheki-Dol started their own column in Sony Music Magazine What's In?, called Sheki-Dol Reneval Series, My Resume. They were featured once a month for 11 columns. Halfway through October, the column changed name to Sheki-Dol no Kokoro Maruhadaka, where the column's content changes from infotainment to a series of psychology tests. It ended on October 14, 2001.

In June, Sheki-Dol released their third indies single, Zentaiteki ni Daisuki Desu.. The title track was the twelfth ending theme song for the anime Crayon Shinchan, and the song also appears on a compilation album for the anime. Music magazines described the single as a cute pop song with fun-loving beats. Just a few weeks after the release, Sheki-Dol participated in Hello! Project 2001 ~TOGETHER! Summer Party!~, singing the song. Promotional live events and meet-and-greet sessions were also held this summer (at HMV Event Spaces on July 20th at 2pm, and on July 23rd at 5pm), and special merchandise was given away at the event spaces.

In August, Oki Ibuki decided to graduate from Sheki-Dol to become a model, and changed her name to EVEKI. Arai Saki went to an interview with the agency, after being told to go try out. She passed and joined Sheki-Dol the same month.

In November, school festival appearances were scheduled at the Nippon Sports Science University, but were cancelled due to fire.

On December 5, Sheki-Dol released their fourth single, Ai wa Muteki ~Hatachi no Yoru no Chikai~, which was their major single, and their first under the zetima label. Several magazine promotions and interviews were scheduled, and the focus was put on Arai Saki in interviews, and the cover of the single. The members mentioned in interviews that their new single was different from their previous singles, and that it features a more mature sound fitting for the group's average age of 20.1 years.

In December, the agency issued a message saying that Suenaga Mami needed medical attention, and for a short while Sheki-Dol was a duo again.

In January, it was announced that Sheki-Dol had disbanded. The official site stated: Thank you for always supporting Sheki-dol. We are sure some are already aware of this, Suenaga Mami has been under medical care for a long time and there is no way to tell when she will be able to make her return. Since it’s become a difficulty for the three of us to continue activities, we have decided to disband. We feel really sorry towards our fans, but if you would see the three of us somewhere again please support us then, too. Thank you so much up until now.[1]

Retrieved from "https://helloproject.fandom.com/wiki/Sheki-Dol?oldid=483857"
Community content is available under CC-BY-SA unless otherwise noted.