Hello! Project Wiki
Register
Don't have an account?
Sign In
Advertisement
in: 1994 Births, May Births, Members from Tokyo,
and 11 more
English

On April 4, Sezaki was introduced as a 6th generation Hello Pro Egg member alongside Sato Ayano at the 2009 Hello! Project Shinjin Kouen 4gatsu ~Yokohama HOP!~. The two were only featured in an MC and did not perform.

On May 12, the event website was opened for the 2009 Hello! Project Shinjin Kouen 6gatsu ~Nakano STEP!~ concerts held on June 7. Sezaki's profile was absent, and she never appeared at the concert, indicating that she left Hello Pro Egg.[1] 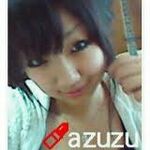