June 17, 2018
Pharaoh no Haka ~Hebi Ou Sneferu~ (ファラオの墓～蛇王・スネフェル～; Pharaoh's Tomb ~Snake King Sneferu~) was an Engeki Joshibu musical starring Morning Musume '18 and a reinterpretation of Pharaoh no Haka following its success in 2017. It ran from June 1 to June 10, 2018 at Ikebukuro Sunshine Theater in Tokyo, and from June 15 to June 17, 2018 at Mielparque Hall in Osaka.

The DVD was released on September 19, 2018 including a bonus soundtrack CD.[1]

Four thousand years ago, Egypt was the only power in an era of war.

King Sneferu of Urjna held the ambition of total domination by Egypt, waging wars against nations one by one to expand Egypt's territory.
The cold-hearted and vengeful Sneferu was called the "Snake King" by everyone out of fear.

Once the queen of the neighbouring country Esteria, Sneferu's mother, the Dowager Empress Merriet, gave birth to him as a result of a loveless political marriage. She is unable to love him from the depths of her heart and has not once embraced him.
Due to Sneferu's marriage to his fiancée Ankensen being arranged by their parents, she too is unable to love him, leaving Sneferu at a loss.

Then one day, a beautiful girl named Nilekia appears before him.
But at that moment, Prince Sariokis of Esteria, who was believed to be dead, has planned to invade and overthrow Sneferu with the aid of many tribes that were defeated by Urjna. 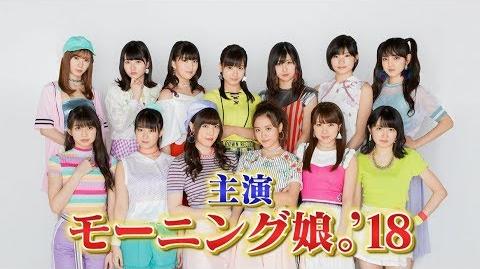 Retrieved from "https://helloproject.fandom.com/wiki/Pharaoh_no_Haka_~Hebi_Ou_Sneferu~?oldid=509947"
Community content is available under CC-BY-SA unless otherwise noted.