Morning Musume 20 Shuunen Kinen Official Book (モーニング娘。20周年記念オフィシャルブック) is a book by Morning Musume to commemorate their 20th anniversary. It was released on June 19, 2018. First press copies came with a limited edition cover.

20 years from that day——the true story will now be revealed. 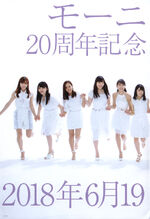 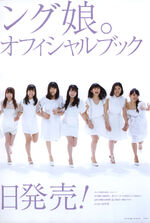 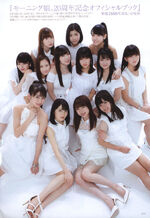 Add a photo to this gallery

Retrieved from "https://helloproject.fandom.com/wiki/Morning_Musume_20_Shuunen_Kinen_Official_Book?oldid=411399"
Community content is available under CC-BY-SA unless otherwise noted.