Although no one won the Mirai Shoujo audition, the seven finalists were later added to Hello Pro Kenshuusei. The auditions were re-held in 2014 with Morning Musume '14 <Golden> Audition!.

The application deadline was April 30, 2013. However, due to a large amount of submitted applications after the deadline, applicants can also go to a specific location between May 25 and June 30th to audition in person. They must bring their paperwork and will perform a song acapella. Except for the audition events in Tokyo, auditioners will find out the same day if they move on to round two.

The second round was from June 29th to the July 16th. The videotape and profile of each girl were viewed by Tsunku, who then arbitrarily selected the ones he wanted to go into the third round. All the candidates were interviewed during this 2nd round.

On August 15, the 50 candidates gathered in Tokyo for further screening. From there, they were selected, and invited to the training camp. Kenshuusei joined in this round. The third round ended on August 15.

The fourth round was on August 22 and 23. The finalists were taken to a training camp from where they received dance and vocal lessons, were they individually recorded Ten Made Nobore! and danced WANT! in a group in front of Tsunku and the dance teacher.

7 girls were chosen to participate in the fourth round:

On the August 24, a video was uploaded on the Youtube channel morningmusumechannel, with Tsunku announcing the results. No one passed and as for now, there won't be a 12th generation.

Tsunku himself stated that some of the girls were really good and might be too good for Morning Musume which makes them stand out too much, and some girls where not that good which would have made them work too hard. The line-up at this moment is perfect for him. Tsunku is considering creating a new group within Hello! Project consisting of finalists from this audition. 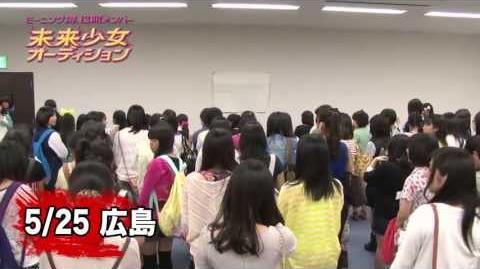 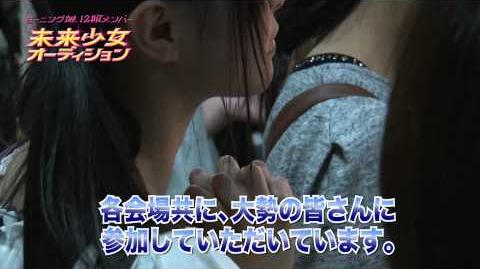 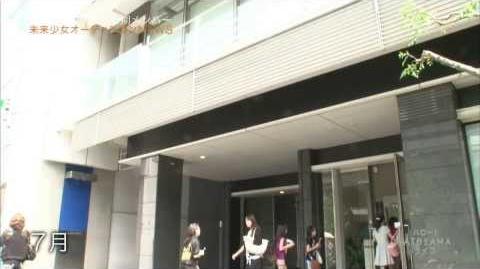 Video Messages from Tsunku and Members[] 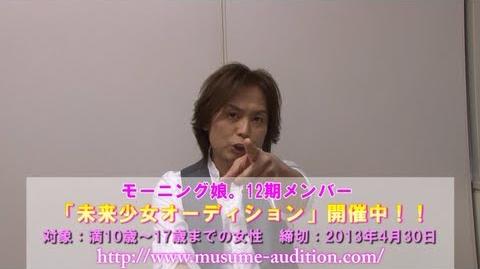 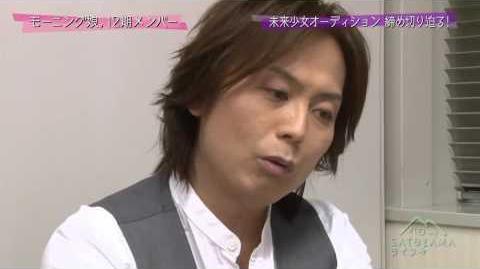 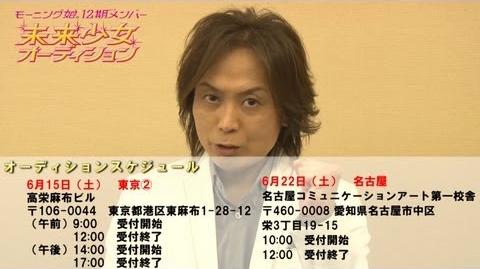 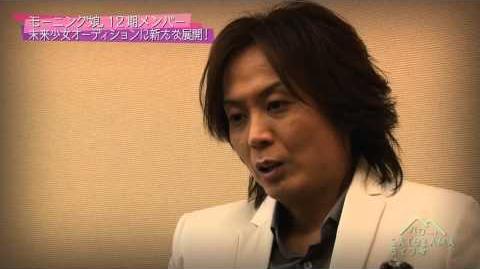 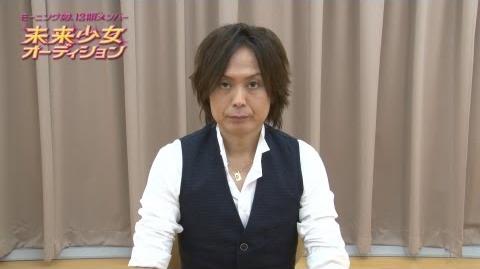 Comments by Tsunku and Members[]