The original audition ended with no winners on May 31, 2016 with plans to re-hold the audition in the future. On June 15, 2016, a second audition began under the title Morning Musume '16 Shinseiki Audition Saiboshuu (モーニング娘。'16新世紀オーディション 再募集; Morning Musume '16 New Century Audition Re-recruitment).

The application deadline was February 14, 2016. On March 3, it was announced that passing candidates would receive their results through the mail.

On May 31, 2016 it was announced through the audition website that after repeatedly strict examination by the staff, they came to the result that there were no suitable candidates at the time, and therefore no one had passed.

The application deadline was August 7, 2016. Application screening was completed on August 18, and successful candidates will be contacted through the mail.

On November 23 at the Morning Musume '16 Concert Tour Aki ~MY VISION~ concert in Osaka, the group announced that the 13th generation would be selected from Hello Pro Kenshuusei and announced at the Nippon Budokan tour finale on December 12.[2][3] The audition administrator later released an official statement on the Hello! Project website explaining that the winner(s) would be chosen from Hello Pro Kenshuusei because, once again, no suitable candidates were found from the general audition.[4]

On December 12, the following Hello Pro Kenshuusei members were announced as the winners:[5][6][7] 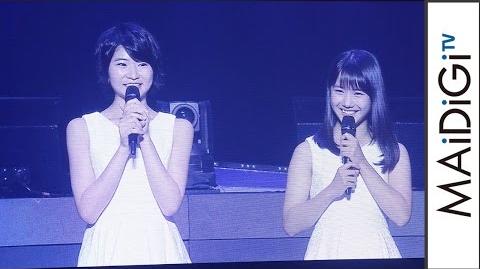