This is the second Gachi☆Kira event after the first event in 2012, which originally featured members from Morning Musume's 9th and 10th generation and S/mileage's 2nd generation.

Like the previous Gachi☆Kira event, this "Christmas battle" installment between Morning Musume '16 and ANGERME was a tournament in which the members compete for themselves. Each member could earn points in two preliminary events: the "Gachi☆Zone" in TFT Hall 300 which involves physical games, and the "Kira☆Zone" in TFT Hall 500 which involves brain games. Members who earned the highest points would then go against each other in the "Gachi☆Kira FINAL Battle" to be crowned the Gachi☆Kira Queen 2016 in the award ceremony event.

Morning Musume '16 and ANGERME also held individual group events in TFT Hall 1000, each featuring games (not counted towards the Gachi☆Kira tournament) and a mini live. The deadline to pre-order the fanclub-exclusive DVDs of the solo group events was on February 27, 2017.[1]

The deadline to pre-order the fanclub-exclusive DVD of the Gachi☆Kira tournament and final battle featuring both groups was on March 28, 2017.[2]

In the award ceremony, five finalists would compete in a five-way janken battle to decide who would become the Gachi☆Kira Queen 2016.

The top four finalists were members with the highest total points after two preliminary events, and the fifth finalist was a loser who was decided by a random name draw. 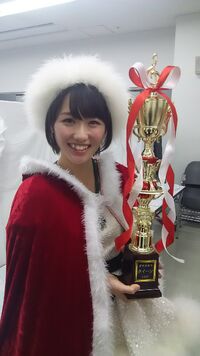 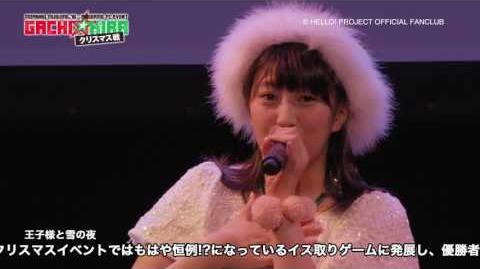 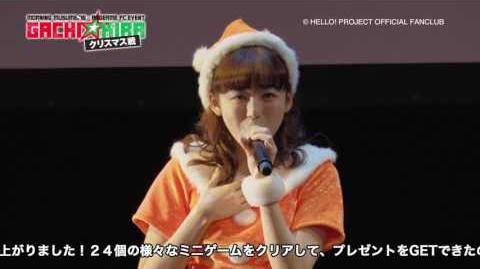 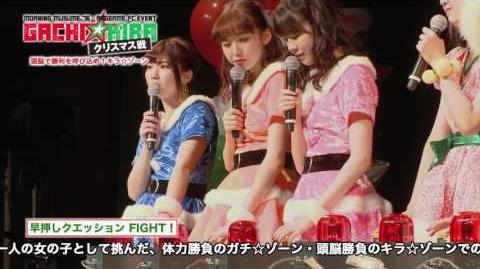 Retrieved from "https://helloproject.fandom.com/wiki/Morning_Musume_%2716%C3%97ANGERME_FC_Event_%22Gachi%E2%98%86Kira_Christmas_Sen%22?oldid=457032"
Community content is available under CC-BY-SA unless otherwise noted.