RAINBOW ENTERTAINMENT
La mer (French for The Ocean) is Ishii Rika‘s third album. Ishii wrote the lyrics and provide chorus for several of the tracks. It was released on August 30, 2013, only five months after Slow Love, and three of the songs (Hane, Tenohira no Fuyu and Sore ga Shiawase Nanda to Omou) are taken from that album. It did not chart on the Oricon charts.

This album was released in collaboration with the film Tobe! Dakota, as the song Homesick Lullaby is featured in the movie. It is a movie based on a true story about a British militar transport plane departing from Shanghai to Tokyo, Japan in 1946. During the flight, the airplane makes an emergency landing on Sado Island (located in the Chubu region of Niigata Prefecture, Japan). The residents on the island have heard stereotypes of the British soldiers, and have mixed feelings about the their new «guest.» Nevertheless, for the next 40 days, the islanders take care of the crew members until the plane can take off once again.

The album was pre-released as a limited special edition due in Niigata, Sado (the place the story of the movie is set) on August 30th, 2013, during a live event screening for the movie. It saw a nationwide release on September 25th.

Track 9-14 are instrumentals only available on the special edition.

Music By, Arranged By - Nakamura Jin

Arranged By, Music By – Yamakawa Etsuko 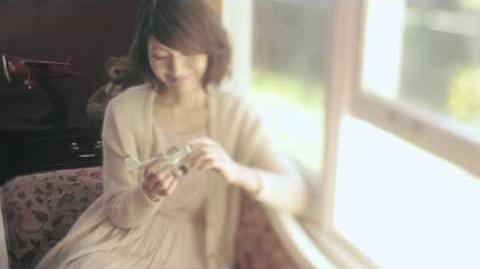