After becoming a 5-member group, Kobushi Factory has performed a capella versions of their songs with Hamaura Ayano as the lead vocalist, Hirose Ayaka as the top chorus, Wada Sakurako as the second chorus, Nomura Minami as the bass vocalist, and Inoue Rei as voice percussion.[2]

On March 30, 2020, Kobushi Factory disbanded with a concert at Tokyo Dome City Hall.[3] 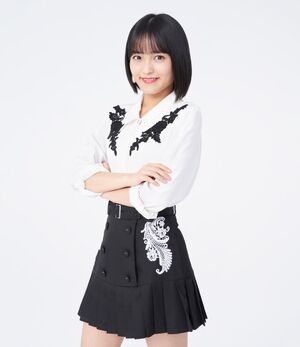 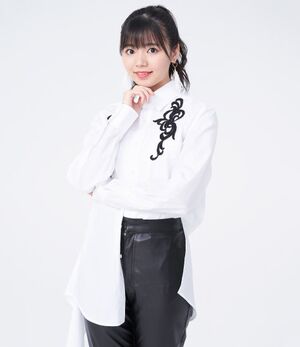 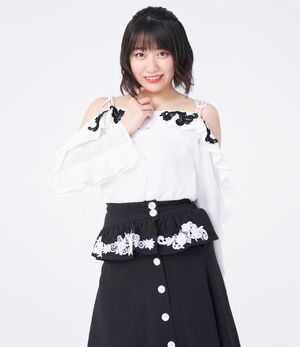 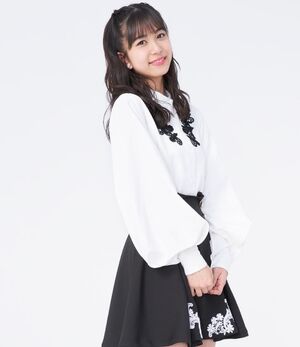 On March 8, during Hello Pro Kenshuusei Happyoukai 2015 ~3gatsu no Nama Tamago Show!~, Hirose Ayaka was announced leader of Kobushi Factory, while Fujii Rio was announced sub-leader of the group.[7]

On November 20, it was announced Kobushi Factory won a Newcomer Award at the 57th Japan Record Awards and were nominated for the Best Newcomer Award, which they successfully won during the December 30 broadcast.[12][13]

On February 29, Kobushi Factory performed at the Honkaku Ongaku Joshi-sai -Sono Juushi-, making their third appearance at the live idol event.[16] On March 12, they performed at the PINK!SS & Kopinks! Last Live 2016 MOMENT memories/memorize, along with Juice=Juice,[17] and were guests at the TSURI×BIT Presents Ore Toku Dayo! Zennin Shugo! ~Spring Special~ live on March 14.[18]

On July 27, they released their third single "Samba! Kobushi Janeiro / Bacchikoi Seishun! / Ora wa Ninkimono". The third A-side "Ora wa Ninkimono" is a cover of Crayon Shin-chan's third opening theme and was the requirement song for the Aidorisai 2016 ~Idol Matsuri~ contest, which Kobushi Factory were the official supporters of.[19]

On September 26, it was announced that Kobushi Factory would host a regular corner on the multi-network music info program Uta-navi! titled "Kobushi Factory no Dosukoi! Teikiben." The corner began in October, with members taking turns as hosts.[20]

From February 23 to March 4, Kobushi Factory starred in the musical JK Ninja Girls. It was also announced that the group would also be starring in their first movie, an adaptation of the musical, which was theatrically released on July 17.[21]

On May 12, sub-leader Fujii Rio announced she would graduate from the group and Hello! Project at the end of the Hello! Project 2017 SUMMER concert tour.[22][23]

On July 6, an update on the Hello! Project website stated that Fujii Rio's contract with UP-FRONT PROMOTION had been terminated due to her lack of compliance in the rules.[24] On July 13, it was announced that Ogawa Rena would be taking a break from the group due to anxiety neurosis.[25]

On July 15, Kobushi Factory appeared without Ogawa Rena on TBS's Ongaku no Hi 2017 in a pre-recorded performance.[26][27] They were part of a special Hello! Project unit with Morning Musume '17 and a selection of members from ANGERME and Tsubaki Factory.[28]

On September 6, after being on hiatus since July, it was announced that Ogawa Rena had decided to graduate from Kobushi Factory and Hello! Project without a ceremony.[29]

On December 6, an update on the Hello! Project website stated that Taguchi Natsumi's contract with UP-FRONT PROMOTION had been terminated due to her lack of self-consciousness and responsibility as a member of Kobushi Factory.[30]

On July 17, Kobushi Factory and Tsubaki Factory digitally released the cover single "Hyokkori Hyoutanjima", which was used as the official compulsory song for the Aidorusai 2018 ~Idol Matsuri~ contest.[32][33]

On August 3, Kobushi Factory performed at TOKYO IDOL FESTIVAL 2018 on the SMILE GARDEN stage in the day and the HOT STAGE in the evening.[34]

During the fourth episode of FC Machida Zelvia's AbemaTV program FC Machida Zelvia wo Tsukurou ~Zel Tsuku~ on June 20, it was announced that Kobushi Factory would record a 30th anniversary cheer song for the team.[37][38] Prior to the announcement, Nomura Minami and Inoue Rei had been regulars on the show since it began in March[39][40] and part of the song had already been played at the start of their first hall concerts.[41] In order for the lyrics to be written, Kobushi Factory asked fans to reply to a Twitter post with keywords that could be used.[42]

On August 4, Kobushi Factory performed at TOKYO IDOL FESTIVAL 2019 on the SMILE GARDEN and HOT STAGE.[43][44]

On October 2, they released their second album, titled Kobushi Dai Ni Maku. It includes two versions of "Yes! We Are Family", the 30th anniversary cheer song for FC Machida Zelvia.[45]

On January 8, it was announced that Kobushi Factory would disband on March 30, 2020 with a concert at Tokyo Dome City Hall. Group leader Hirose Ayaka had been in discussions with the agency about her graduation since early 2019, and after discussions with the group, the other members except Inoue Rei also expressed their desire to pursue a new path. It was eventually decided that the group would disband. Afterwards, Inoue would continue to be a member of Hello! Project, while Wada Sakurako would retire from the entertainment industry. The remaining members would continue to be active after graduating from Hello! Project, with Hirose attending university to study music and songwriting, Nomura Minami becoming a theater actress, and Hamaura Ayano starting activities as a model and actress.[3]

On February 9, the group performed at MX IDOL FESTIVAL Vol.15 at Toyosu PIT.[47]

On February 22 and 23, they held their last fanclub bus tour, titled Kobushi Factory Fanclub Tour "Smile For You !!!!!" in Shizuoka.

On March 25, they released their first and only video collection, the Kobushi Ongaku Eizou Shuu.

On March 30, the members graduated from the group and, except for Inoue Rei, also from Hello! Project at the end of the Kobushi Factory Live 2020 ~The Final Ring!~, and the group has officially disbanded.[50]

The word kobushi has multiple meanings. In this case it is supposed to represent both the coming of spring and grace of the kobushi magnolia (辛夷), as well as the strength of a fist (拳).[6] Factory follows a similar naming pattern as earlier 8-member group Berryz Koubou, koubou (工房) meaning workshop.[6]

A Capella and Voice Percussion

Kobushi Factory, in addition to being an idol group, have performed as an a capella group. In the midst of Kobushi Factory's line-up changes in 2017, member Inoue Rei began learning voice percussion, and her first lesson was included on the September 27, 2017 episode of Hello! Project Station in the "Documentary of Hello! Project (DOHP)" corner.[51] From there, the other five members of Kobushi Factory had a capella lessons that were also featured on the web show,[52] and the whole group began learning to cover "Chotto Guchoku ni! Chototsumoushin" a capella in preparation for the Kobushi Factory Live Tour 2017 Aki ~Songs For You~.[53]

After Taguchi Natsumi's resignation from the group, they continued learning voice percussion and a capella, and performing a capella versions of their songs at concerts and events. Kobushi Factory released a video of the a capella version of "Chotto Guchoku ni! Chototsumoushin" for OMAKE CHANNEL on September 10, 2018.[2] Additional a capella covers were later released on the channel, and studio versions were recorded for their second album Kobushi Dai Ni Maku.

Note: Based on Oricon charts

Retrieved from "https://helloproject.fandom.com/wiki/Kobushi_Factory?oldid=493017"
Community content is available under CC-BY-SA unless otherwise noted.