JK Ninja Girls (JKニンジャガールズ) is a 2017 film starring Kobushi Factory and directed by Sato Genta.[1] The film is an adaptation of the earlier musical production, which also stars Kobushi Factory. It was theatrically released on July 17, 2017.[2]

The Eiga "JK Ninja Girls" Official Photobook (映画「JKニンジャガールズ」オフィシャルフォトブック) by Odyssey Books and an original soundtrack for both the musical and the film were pre-released at theaters on the day of the theatrical release. The soundtrack was later released for general sale on September 6, 2017.

The DVD was released on March 7, 2018 including a bonus disc. First press copies included a random bromide card of 14 kinds.[3][4]

(Translation of the official Toei synopsis.)

Unbeknownst to anyone, the Kanto and Kansai regions are secretly in a conflict for supremacy. Crawling in the shadows are ninjas. As always, the descendants of the Kansai ninjas continue to harass the Kanto.

Meanwhile, four students have transferred to a girls' high school in Tokyo. Their real identities are the JK Ninja Girls, who are ninja descendants sent to protect Tokyo!

Their current order is "to prevent the takeover of Tokyo Tower!"

Four members of the Ninja Oyajis (old men) who plan to take over Tokyo Tower are said to have possessed JK to blend in at the same girls' school...

The four ninja girls make their move to find the evil ninjas and complete their order! 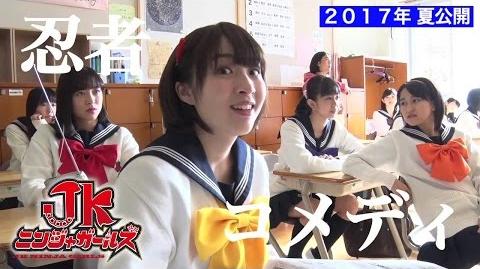 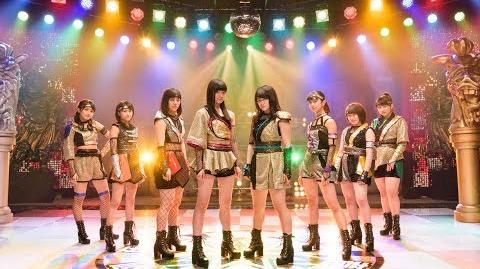