Tanaka Yoshitake
Tsunku (sound producer)
Futari no Hokkaido (二人の北海道; Hokkaido for Two) is Country Musume's debut single, released on July 23, 1999. It was released in limited quantities as an indies single in Hokkaido only. Copies of the single came with a red sticker with the catalog number and the text "Hokkaido gentei seisanhin" (北海道 限定生産品; Hokkaido restricted production merchandise). Although it is an indie release limited to Hokkaido, it was sold out because many music fans mourned the tragedy of the members at the beginning of the sale, and there was a great response, so at some record stores in Sapporo City it sold out after one hour on the release date[1]. Then, due to a flood of inquiries from all over the country, it was decided to accept orders at record stores across the country[2], and by 1999, it had recorded 20,000 hits[3]. 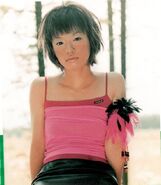 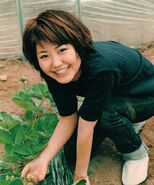