Country Girls (カントリー・ガールズ), formerly known as Country Musume (カントリー娘。; Country Girls), was an all-female J-pop group within Hello! Project. The group, which debuted in 1999, was known for its concept of being a group of "country girls from Hokkaido". The group's activities lessened when Satoda became the sole member in 2007, and nearly ceased with the Elder Club's graduation from Hello! Project in 2009. On November 5, 2014, the group was revived with six new members.[1]

On December 26, 2019, the group suspended all activities. There is a possibility that the group will be revived with new members, but nothing has been decided as of yet.[2] 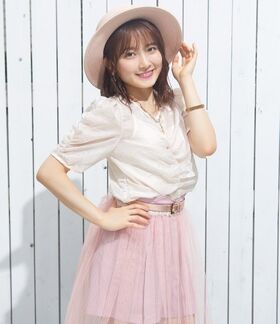 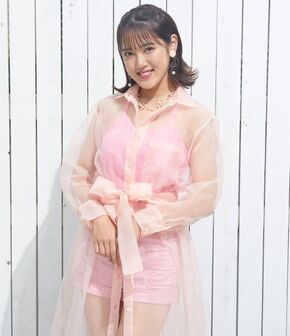 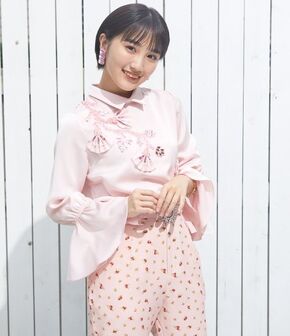 Members Outside of Hello! Project

Country Musume was created by Tanaka Yoshitake, a Japanese celebrity who is famous for his strong Aomori dialect and his love for farming. According to an interview, Tanaka had thought: “If Tsunku can produce Morning Musume, I will go head-to-head with my own version of an idol group, Country Musume.” Although the idea may seem a bit outrageous, it is a logical move for Tanaka, a nature and farming lover, to create an idol group who can live the principle of “half-farming, half-entertainment industry” by actually working and living at a farm.

Auditions started in March, and 1.230 candidates had signed up. The audition process was televised on Idol wo Sagase, and nine finalists were selected. Out of those nine, three winners were chosen: Hiromi (from Chiba), Azusa (from Tokyo) and Rinne (from Hokkaido). The four-week-long audition cycle included not only voice and dance lessons, but a physical challenge: working on the Hanabatake farm in southern Hokkaido. The purpose of the physical challenge was to determine how responsible the girls were and how well they worked as a team to fit the image of country girls from Hokkaido, as the auditions were open to girls from all of Japan, not just Hokkaido.

While working at the farm, the girls were given charge of different aspects of farm life; Hiromi was put in charge of specifically cultivated agricultural products, Rinne of raising and training animals, and Azusa of dairy farming (milking cows and making cheese). Azusa, as the oldest member, was given the title as leader of the group.

On May 9, they held their first performance at Hanabatake Farm singing Morning Musume's Morning Coffee.

After working on their first indie single, they were able to successfully record and complete the single and a promotional video. However, tragedy struck the group soon after their work seemed to be finished. On July 16th, 1999, Hiromi died in an automobile accident, just days before their first single was set for release. Her family was given the decision to whether Country Musume should continue their work and release their single as scheduled, and they approved.

The girls made their indies debut (as planned), and on July 23rd they released their single, only for sale in the Hokkaido region. The plans for Country Musume was to continue as a duo, but just a month after the release of their debut single, Azusa decided to leave the group due to psychological stress.

After a two-month hiatus, Rinne started performing as a solo act using the Country Musume name. She released the indie single Yukigeshiki, also considered an indies release only sold in the Hokkaido region. Rinne said about this single: "'Yukigeshiki' gave me extra energy I needed to continue this career.I was able to take a break, to step aside and look back, and thought I was glad to make all these efforts."

Six months later, in April, Rinne released Country Musume’s third indie single, Hokkaido Shalala, her second single as the sole member of the group. This was also only sold in the Hokkaido region. Subsequent Auditions for additional members started in March of 2000 (a month before the release of "Hokkaido Sha La La"), but this audition was unsuccessful as no one passed the audition. The third audition was held in May, and Asami was the only one to pass. She was an employee at Hanabatake Bokujo (the farm Rinne lived and worked at, which was owned and operated by the group’s producer), and was recommended by others to take part in the audition. She also impressed Rinne during a dog race competition.

In May, Asami was added to the group, Rinne became the leader and the duo released one more indie single. It was featured as part of the soundtrack for the movie "Country Girl Hokkaido Bokujo Monogatari" starring Country Musume and T&C Bomber.

A fourth audition was held in August, but no one passed this audition either. The fifth audition, held in December, was also unsuccessful.

By the end of the year, producer Tanaka decided to give Tsunku the producer’s position of the group, due to his difficulty in finding more members to join Rinne and Asami. According to Tsunku, he thought it would be a great experience for the girls (in Morning Musume) to have more exposures in different units, so he accepted the offer with pleasure. He decided to choose from the newer members, and his choice fell instinctively (according to himself) on Ishikawa Rika. He also changed the name of the group to Country Musume ni Ishikawa Rika (Morning Musume).

Their popularity rose when Morning Musume's Ishikawa Rika, who is from Kanagawa, was lent into the group in April. Country Musume had their major debut in Japan with the release of "Hajimete no Happy Birthday!". The trio released two more singles and an album.

A sixth audition was held in the fall of 2001, and one girl passed the audition: Satoda Mai (who had also auditioned for the 4th and 5th generation auditions for Morning Musume). All of these auditions were aired on Idol wo Sagase and Hello! Morning.

The quartet released one single before Rinne, the only remaining original member, bid farewell on October 13th to pursue a career within UP-FRONT AGENCY as a stage actress, leaving Asami to become the new leader of the group. Afterwards, Asami, Ishikawa Rika, and Satoda Mai released one more single.

On April 27, Country Musume had a major shift in its roster. Miuna, who is from Shizuoka, was recruited into the group. The group featured Morning Musume members and Hokkaido natives Konno Asami and Fujimoto Miki, replacing Ishikawa Rika. Under this new formation, named Country Musume ni Konno to Fujimoto (Morning Musume), the quintet released three singles.

On November 25th, 2006, it was announced that Asami and Miuna would be graduating from Country Musume and Hello! Project together on January 28, 2007, at the final performance of Hello! Project 2007 Winter ~Shuuketsu! 10th Anniversary~.[4] Since Konno and Fujimoto had also graduated from Morning Musume, they were no longer “loaned” to Country Musume. Thus, Satoda Mai became the only member, and continued to work under the Country Musume name. This was the second time that Country Musume consisted of only one member.

In 2009, Satoda Mai graduated from Hello! Project alongside the Elder Club. After graduating, Satoda continued to be the only member of Country Musume under UP-FRONT PROMOTION.

On October 1, the group was transferred from UP-FRONT PROMOTION to UP-FRONT CREATE.

On January 2, Tsunku revealed that he was considering restarting Country Musume.

On February 11, through a VTR message, Satoda Mai announced the Country Musume Shin Member Audition during the Hello! Project 2014 WINTER tour. However, Satoda would not participate in the group's activities for the possible new line-up, as she then resided outside of Japan.

On August 7, it was announced that the auditions had ended and no new members were chosen.

On November 5, it was announced that Country Musume was renamed Country Girls and 5 new girls were added: Inaba Manaka and Yamaki Risa from Hello Pro Kenshuusei and Morito Chisaki, Shimamura Uta and Ozeki Mai from the Morning Musume '14 (Golden) Audition!.[1][5] Satoda Mai would be the group's general manager/supervisor.[1] Tsugunaga Momoko would also become a member of the group as the playing manager after her group Berryz Koubou would go on indefinite hiatus in early 2015.[1][5][6] The new unit would debut in the upcoming Hello! Project 2015 WINTER concert tour.[1][5]

With Country Girls rejoining Hello! Project, they were transferred back to UP-FRONT PROMOTION from UP-FRONT CREATE.

On March 15, the group's radio show Country Girls no Tadaima Radio Kenshuuchuu!! began airing without Tsugunaga Momoko. The show ended two weeks later, and would be replaced with a new show including Tsugunaga Momoko.

The group along with Kobushi Factory were the opening acts for the Juice=Juice First Live Tour 2015 ~Special Juice~.

On June 12, it was announced, due to contract disagreements between management and her family, Shimamura Uta had left the group.[8]

On June 24, Country Girls performed at the TV Tokyo Music Festival(2) along many other artists, including Morning Musume '15 and Morning Musume OG.[9]

On November 5, during Country Girls' first anniversary event in Shinjuku, it was announced that Funaki Musubu and Yanagawa Nanami would join the group as new members.[10][11]

On February 28, Country Girls performed at the SKY PerfecTV! Ongakusai 2016.[15]

On April 28, it was announced that Inaba Manaka would be taking a break from Country Girls' activities due to asthma after consulting with her doctors. It was initially stated that she would be returning to Country Girls when she recovered from her illness, but on August 4 she graduated from the group.[16]

During the Country Girls Live Tour 2016 Fuyu day concert at Shinjuku ReNY on November 5 and Country Girls' second anniversary, Tsugunaga Momoko announced that she would be graduating from Country Girls and Hello! Project as well as retiring from the entertainment industry on June 30, 2017 to work in education.[17]

On June 9, it was announced that Country Girls would be switching over to a new system after Tsugunaga's graduation. Morito Chisaki, Yanagawa Nanami, and Funaki Musubu would simultaneously join another Hello! Project group for their main activities, while Yamaki Risa and Ozeki Mai focused on their studies. Country Girls would mainly perform on school breaks and holidays due to the change. In addition to this, most of their singles from this point would be released in a digital format. Country Girls would continue to perform as a six-member line-up at the Tsugunaga Momoko Last Live ♥Arigatou Otomomochi♥, and as a five-member line-up throughout the Hello! Project 2017 SUMMER tour.[19][20]

On June 26, through a special episode of Hello! Project Station, it was announced that Morito had joined Morning Musume '17, Yanagawa had joined Juice=Juice, and Funaki had joined ANGERME; all as concurrent members.[21][22]

Tsugunaga Momoko graduated from both the group and Hello! Project during the Tsugunaga Momoko Last Live ♥Arigatou Otomomochi♥ concert at an outdoor venue in Odaiba on June 30.[23]

On August 11, they released the digital song "Konamaiki Girl".

On December 24, they released the digital single "Kaite wa Keshite no "I Love You"".

On November 2, Yanagawa Nanami announced that she would be graduating from the group in March 2019.[25]

Country Girls pre-released their first mini album Seasons on January 2 at the Hello! Project 20th Anniversary!! Hello! Project 2019 WINTER concert tour,[26][27] and it was released for general sale on March 6.

On October 18, it was announced that all of the current members will graduate from Country Girls, and the group will subsequently suspend all activities on December 26, 2019 after their Country Girls Live 2019 ~Itooshikutte Gomen ne~ at LINE CUBE SHIBUYA. The members had conversations with the office throughout the year about the future of the group, and this decision to suspend activities naturally came after the members decided on what they wanted to do next. Yamaki Risa will retire from the entertainment industry in favor of getting a job. Ozeki Mai plans on applying to university and continuing activities in show-business. Funaki Musubu will graduate from ANGERME and Hello! Project in March 2020 to study dancing. Morito Chisaki plans on continuing activities in Morning Musume.[2]

On December 26, the members graduated from the group at the end of the Country Girls Live 2019 ~Itooshikutte Gomen ne~, and the group activities were suspended.[32][33]

Retrieved from "https://helloproject.fandom.com/wiki/Country_Girls?oldid=466644"
Community content is available under CC-BY-SA unless otherwise noted.