Murota started to talk about graduation towards the end of 2018, and taking in consideration of what she learned, experienced, and cultivated during the years, she decided to study about expressiveness from scratch with intentions of expanding her horizons and trying all sort of things in the future.

In the announcement, it was also stated that Funaki Musubu's graduation, which was originally set for March, has been postponed to the end of ANGERME Live Tour 2020 Fuyu Haru ROCK ON! LOCK ON! to allow Murota to graduate ahead of her.

The group is set to release their final single on March 4, 2020. After the disbandment, Inoue will continue to be a member of Hello! Project, while Wada Sakurako will retire from the entertainment industry. The remaining members will continue to be active after graduating from Hello! Project, with Hirose going to enter music college in April to restart activities as a singer from scratch, Nomura Minami will start acting activities, and Hamaura Ayano will start activities as a model and actress.

January 2, 2020 - ANGERME ONLY ONE Audition ~Watashi wo Tsukuru no wa Watashi~ announced
On January 2, during the Hello! Project 2020 Winter HELLO! PROJECT IS [     ] ~side A~ at Nakano Sun Plaza, ANGERME announced that they will hold their first general audition in four years.

The ANGERME ONLY ONE Audition ~Watashi wo Tsukuru no wa Watashi~ in search of 9th generation member(s) will be open for applications from January 11 to February 25. Applicants must be between 11 and 18 years of age. 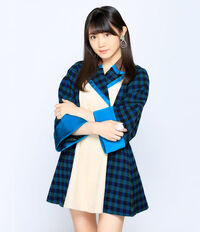 Results of previous rounds can be found here.

Go to these sites for info or for help with your own wiki!

Want your community included? See how!

Retrieved from "https://helloproject.fandom.com/wiki/Hello!_Project_Wiki?oldid=466364"
Community content is available under CC-BY-SA unless otherwise noted.